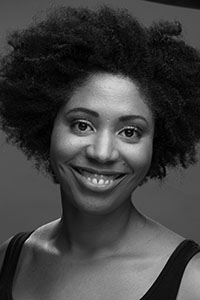 Erica Dawson is the author of three books of poetry: When Rap Spoke Straight to God (Tin House 2018), winner of the 2018 Florida Book Awards Gold Medal for Poetry; The Small Blades Hurt (Measure Press 2014), winner of the 2016 Poets’ Prize; and Big-Eyed Afraid (Waywiser Press 2007), winner of the 2006 Anthony Hecht Prize. Her poems have appeared in Blackbird, The Believer, Virginia Quarterly Review, and other journals, as well as several anthologies, including Best American Poetry 2008, 2012, and 2015; Resistance, Rebellion, Life: 50 Poets Now; and American Society: What Poets See. Her prose has appeared in The Rumpus. She has been featured on PBS Newshour, and in The New York Times Magazine and O, The Oprah Magazine. Erica is the director of the University of Tampa’s Low-Residency MFA in Creative Writing, and, at UT, an associate professor of English and Writing.