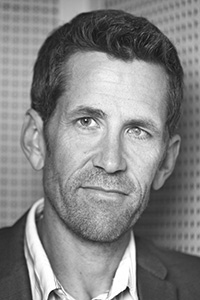 Jess Walter is the author of eight books. His 2012 novel Beautiful Ruins was the #1 New York Times bestseller for five weeks and spent more than a year on the bestseller list. He was a finalist for the 2006 National Book Award for The Zero and won the 2005 Edgar Allan Poe award for Citizen Vince. He’s been a finalist for the PEN/USA Literary Prize in fiction and nonfiction and the L.A. Times Book Prize, and twice won the Pacific Northwest Booksellers Award. His most recent book, the short story collection, We Live in Water, was long-listed for the Story Prize and the Frank O’Connor International Story Prize and won the Pacific Northwest Booksellers Award. His books have been published in 32 languages and his short fiction has won a Pushcart Prize and appeared three times in Best American Short Stories, as well as in Harpers, Tin House, Esquire and others.