Anna Lena Phillips Bell is the author of Ornament, winner of the Vassar Miller Prize in Poetry. Formerly senior editor at American Scientist, she teaches in the creative writing department at UNC Wilmington, where she is editor of Ecotone, the literary magazine that seeks to reimagine place, and Lookout Books. During her five years as editor, work from Ecotone has been reprinted in anthologies including Best American Poetry, Best New Poets, Best American Science and Nature Writing, Best American Nonrequired Reading, and the Pushcart Prize anthology, and has received Best Original Fiction in the Stack Magazine Awards. The recipient of a North Carolina Arts Council Fellowship in literature, she lives with her family near the Cape Fear River, and calls Appalachian square dances in North Carolina and beyond. 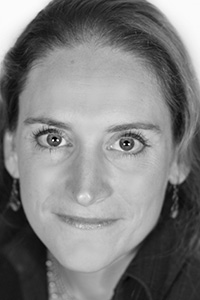 Millicent Bennett is the Senior Editorial Director at Houghton Mifflin Harcourt, where she oversees HMH’s distinguished fiction program. Before joining HMH, she was an Executive Editor at Grand Central/Hachette and has also worked at Simon & Schuster, Random House, Ecco, and Knopf. She has published a wide range of bestselling, major award-winning authors across literary fiction and narrative nonfiction, including Min Jin Lee (Pachinko), Susannah Cahalan (Brain on Fire), Siri Hustvedt (The Blazing World), Douglas Preston (The Lost City of the Monkey God), Sally Field (In Pieces), and many others—among them, several proud alumni of the Sewanee Writers’ Conference. 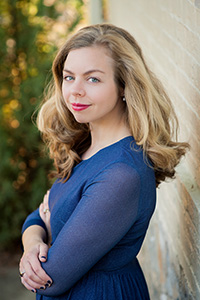 Eliza Borné is the editor of the Oxford American magazine. She has edited essays and stories that have been honored by the Best American series, the Pushcart Prize anthology, and elsewhere; in 2016, she accepted the OA’s National Magazine Award in General Excellence. She is the OA’s third editor in the magazine’s 28-year history. 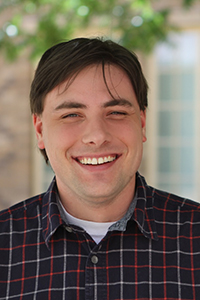 George David Clark has served as editor-in-chief of 32 Poems since 2011. His poetry collection, Reveille, received the Miller Williams Prize, and he teaches creative writing and literary editing at Washington and Jefferson College in southwestern PA. 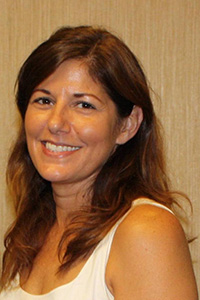 Jessica Faust is the co-editor and poetry editor of The Southern Review. She taught for many years before joining The Southern Review in 2004 as assistant editor, and in 2011 became the journal’s poetry editor. Poems from the journal perennially are selected for Best American Poetry, Best American Nonrequired Reading, and the Pushcart Prize anthology. She most recently published an essay with Emily Nemens that appeared in Literary Publishing in the 21st Century. She lives with her young daughter in New Orleans, where she builds and operates puppets. 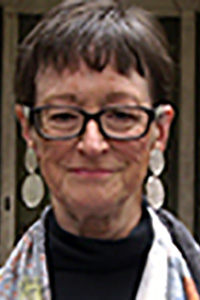 Mary Flinn began her tenure as the director of the New Virginia Review, Inc. in 1985 and is a founder and senior editor of Blackbird: an online journal of literature and the arts. She is co-editor, with George Garrett, of Elvis in Oz: New Stories and Poems from the Hollins Creative Writing Program. 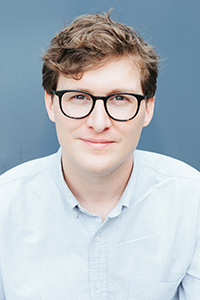 Eric Smith is the author of Black Hole Factory, which won the 2017 Tampa Review Prize for Poetry. He is the recipient of a North Carolina Arts Council Artist Fellowship and currently lives in Sewanee, Tennessee, where he works as the managing editor for the Sewanee Review. 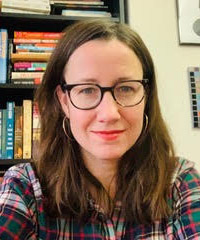 Liz Van Hoose served the editorial departments of Alfred A. Knopf and Viking Penguin for a decade before hanging a shingle of her own. A member of the independent collective 5E, she has edited works by Ron Currie, Jr., Fiona Davis, Kim Edwards, Alex Gilvarry, Garrison Keillor, William Kittredge, Haruki Murakami, Beth Minh Nguyen, Alix Ohlin, Alice Randall, Jim Shepard, Amor Towles, and Danielle Trussoni, among many others, and lives with her family in New York. 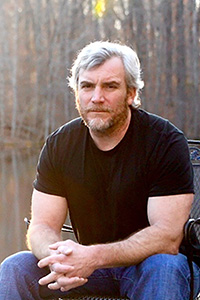 Adam Vines is an associate professor at the University of Alabama at Birmingham and editor of Birmingham Poetry Review, which won the 2020 Small Press Publisher Award from AWP. He has published poetry in Poetry, Southwest Review, The Kenyon Review, Gulf Coast, Barrow Street, The Cincinnati Review, 32 Poems, The Literary Review, Five Points, Ecotone, The Hopkins Review, Verse Daily, and Poetry Daily, among others. He is the author of two single-authored books of poetry--Out of Speech (LSU Press, 2018) and The Coal Life (University of Arkansas Press, 2012)--and two collaborative poetry collections written with Allen Jih, Day Kink (Unicorn Press, 2018) and According to Discretion (Unicorn Press, 2015). He has won awards for his teaching from the University of Florida and UAB. 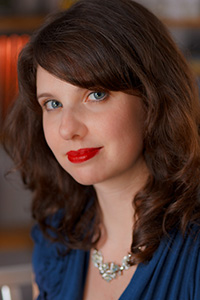 Michelle Brower is an agent at Aevitas Creative Management (formerly Zachary Shuster Harmsworth and Kuhn Projects), where she represents a diverse group of authors. She previously worked for six years as a senior vice president at Folio Literary Management. Prior to that, she was an agent at Wendy Sherman Associates. She earned her BA from The College of New Jersey and her MA in English literature from New York University. Michelle represents fiction that seeks to make the world a bigger place, combines a strong voice and a strong story, and explores the many ways in which people connect to each other. She has a weakness for literary suspense of any kind. She also represents select narrative non-fiction projects. Authors include Erika Swyler, Tara Conklin, Clare Beams, Viet Dinh and Sarah Domet, among others. 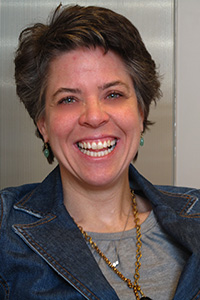 Sarah Burnes became a literary agent in 2001 after stints in the editorial departments of Houghton Mifflin, the Knopf group, and Little, Brown. Joining The Gernert Company in 2005, she now represents adult fiction writers (Sewanee’s Alice McDermott and Tony Earley among them); children’s fiction writers (New York Times bestsellers Pseudonymous Bosch and Margaret Stohl); and journalists and critics (The Ice At the End of the World’s Jon Gertner and Freeman's editor John Freeman). Her writers have either won or been shortlisted for the National Book Award, the Pulitzer Prize, the Story Prize, the Los Angeles Times First Book Prize, the Whiting Writer’s Award, and the Barnes & Noble Discover Award, and they have received grants and fellowships from the Guggenheim Foundation, the Lannan Foundation, the Cullman Center at the New York Public Library, and the National Endowment for the Arts, among others. Sarah sits on the board of the non-profit progressive publisher The New Press. She lives with her husband and three children in Brooklyn, NY. 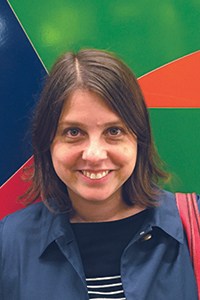 Emily Forland is an agent at Brandt & Hochman Literary Agents in NYC. Previously, she was an agent at The Wendy Weil Agency, Inc. She represents literary fiction and nonfiction and has a special place in her heart for original writing that jumps off the page. 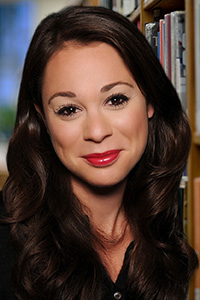 Erin Harris is a VP and literary agent at Folio Literary Management. She represents literary and book club fiction and narrative nonfiction, including memoir. A graduate of the MFA program in Creative Writing at the New School, she brings a strong editorial eye and hands-on approach to her agenting practice. 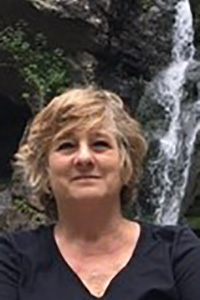 Gail Hochman is the president of Brandt & Hochman Literary Agents, LLC and the President of the Association of Authors’ Representatives. Her authors’ works have become bestselling novels, successful films and television series, and international publishing phenomena, and have earned their authors prizes ranging from the Pulitzer Prize, National Book Award, and PEN/Faulkner Award to the Guggenheim Fellowship, Lambda Literary Award, and the Caldecott and Newbery Medals. Gail is active in numerous charities and foundations which support the needs of women and children in New York City and the writing community. 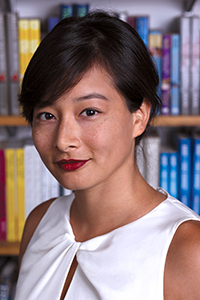 Annie Hwang is a literary agent at Ayesha Pande Literary where she represents literary fiction and select nonfiction. She gravitates toward voice-driven literary fiction that plays with genre and mission-driven narrative nonfiction that explores complex truths about our world. A fierce advocate of underrepresented voices, Annie is constantly on the hunt for gifted storytelling that stretches its genre to new heights. 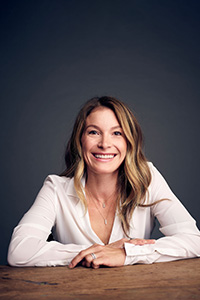 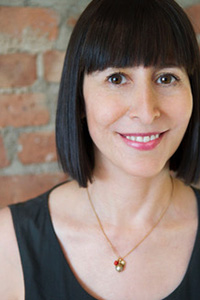 Renée Zuckerbrot worked as an editor at Doubleday before becoming a literary agent. Her authors include Kelly Link, Dan Chaon, Shawn Vestal, Daniel Wallace, Polly Rosenwaike, and M.O. Walsh, among others. Her authors have won or been nominated for a number of awards including the MacArthur Fellowship, National Book Award, PEN/Robert W. Bingham Prize, B&N Discover Great New Writers Award, the Story Prize, and the PEN/O. Henry Prize. 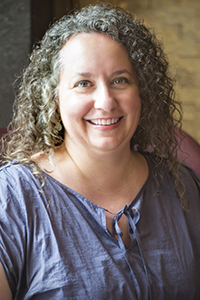 Beth Blickers is an agent at APA, where she represents artists who work in theatre, television, and film. She started her career at the William Morris Agency, where she began work after graduating from NYU. She is the Past President of Literary Managers and Dramaturgs of the Americas.

Vern Co is a TV and Theater agent at Gersh. 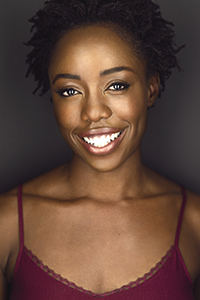 Janet Omalolu Fiki is an LA based actor and writer. She just graduated with her MFA from UCSD this past spring. Regional credits include: An Octoroon (Chautauqua), Into the Breeches (Chautauqua). UCSD credits include: UC San Diego credits: Everybody Black, Mothers (Wagner New Play Festival), A Raisin in the Sun, What of the Night?, Eurydice, (w)holeness (Wagner New Play Festival), Angels in America, Part Two: Perestroika, Taming of the Shrew(d), and Mother Courage and her Children. 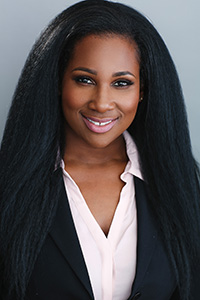 Sharrell D. Luckett, PhD, is founding Director of the Black Acting Methods Studio. A sought-after scholar, artist, and speaker, she has had residencies at renowned institutions, such as the Lincoln Center, Harvard University, and 92Y. Luckett’s books include Black Acting Methods, YoungGiftedandFat, Transweight, and African American Arts. She is also the Director of the Helen Weinberger Center for Drama and Playwriting and a performance studies professor at the University of Cincinnati. Upcoming projects include a co-edited book on the work of Oscar winner Tarell Alvin McCraney and the opening of the Black Acting Methods Online Institute. 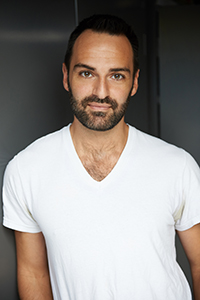 Sean McIntyre is a New York based actor and educator returning for his 4th summer here at Sewanee. His recent work includes Broadway, Film, Television, Voiceover, Motion Capture and VR. He is a co-founder and instructor at Performing Prose and has an MFA from UCSD and a BA from James Madison University. He is also a proud lifetime member of The Ensemble Studio Theatre.

Kelly Miller is a manager at Literate. She previously served as a theater-to-TV crossover agent at Paradigm. 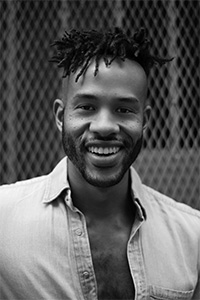 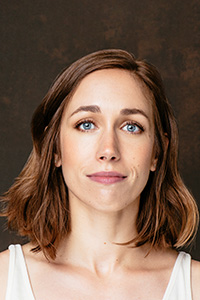 Emily Shain is a professional actor, teacher, and coach based in New York City. She has been on stages across the US as well as on the small screen. She is a partner with the Back Room Shakespeare project and co-founder of Performing Prose. MFA: UCSD 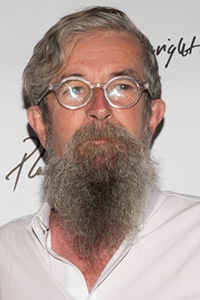 Les Waters previously served as Artistic Director of the Actors Theatre of Louisville. He has directed plays Off-Broadway and also at Berkeley Repertory Theatre and Actors Theatre. 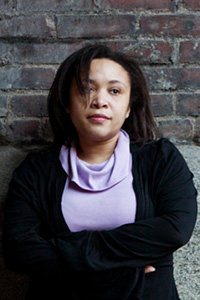 Alexis Williams is the Associate Artistic Director of The Playwrights Realm in NY. In her time in the theatre, Alexis has worked as an agent, a director, a producer, a dramaturg, a teaching artist, and beyond. In Fall of 2017 Alexis was named one of the Interval's "Women To Watch". Alexis is on the advisory board of SPACE on Ryder Farm, is an alumnus of the Lincoln Center Director’s Lab and is a graduate of Northwestern University.